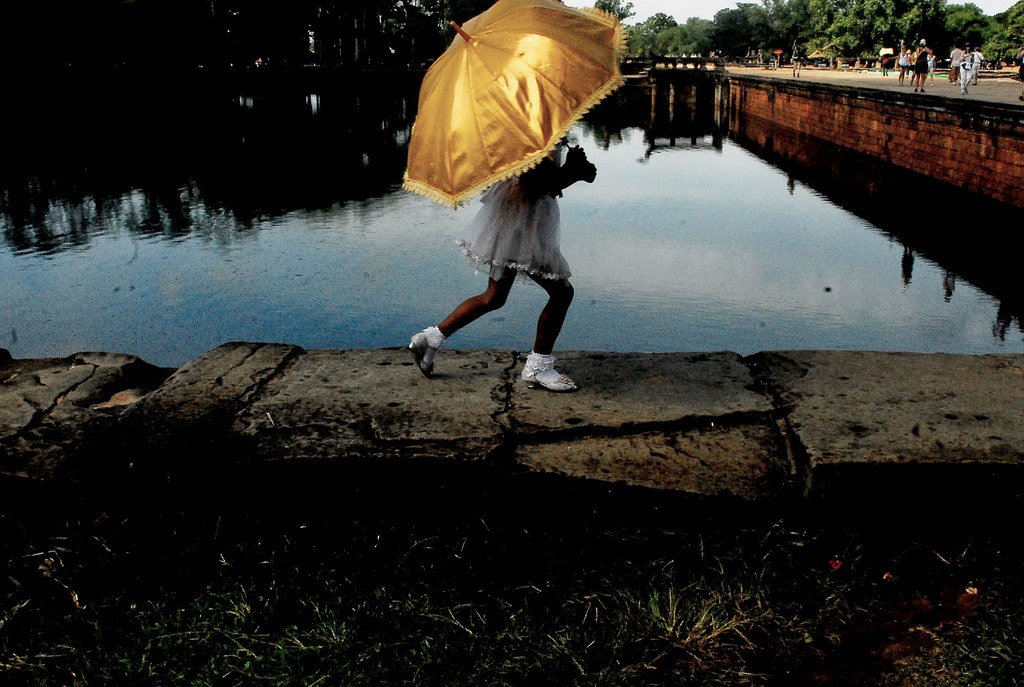 (Photo Credit: Image by lecercle is licensed under CC BY-NC-SA 2.0)

“Marriage” and “wedding” should be a good thing to celebrate. But, when the bride or the groom or both are underage children, it is a different story.

This kind of marriage or union is considered a child marriage which the world is trying to settle. Moreover, it is also a part of the 2030 Agenda for Sustainable Development. According to the United Nations International Children’s Emergency Fund (UNICEF), child marriage refers to any formal marriage or informal union between a child under 18 years old and an adult or another child. While the fact is that early marriage can happen to both girls and boys in many countries, girls are disproportionately the victims of this kind of marriage in developing countries, including Cambodia.

Globally, there are currently 650 million girls and women today who have experienced child marriage. It appears that one in five girls (21%) was married off as a child, and up to 12 million girls are married every year. The 2014 Cambodia Demographic and Health Survey (CDHS) found that 19% or almost one in five children in Cambodia also get married as a child under 18. The same report also indicated that 2% are married before the age of 15. Though this had seen a significant decline compared to 28% who were married off before 18 in 1989, the current figure remains significantly concerning as it impacts various aspects of society.

The public must be aware of the underlining causes of child marriage, which sometimes lies in the detail of the everyday culture and perception. Child marriages are commonly driven by both economic and social factors. The daughters of the family who live in poverty, especially those in the rural areas tend to be more likely to get married very young. According to the CDHS 2014 data cited in the UNICEF report, the number of child marriages in Mondulkiri and Ratanakiri is 36% compared to 5% in Phnom Penh. Due to their economic condition, This can be because those families expect to receive dowry by the marriage time.

More significant factors are the cultural norms and gender roles perception. The role of women, as perceived by many Cambodians, is only to look after the house, being the housewife and mothers of their children, and somehow continue to subordinate their husbands. In our society, the society teaches us to follow Chbab Srey, or the code of conduct for women, which stipulates that women must follow any arrangements made by their parents and respect their husbands. These perceptions have implied to parents that girls do not need much education since they ultimately are meant to be a housewife mainly responsible for taking care of the children. It also encourages them to have their daughters married off early. Usually, the choice of getting married and attending education is an either-or path, meaning that girls who get married would need to drop out from school. With the parents' arrangement for their daughters to get married earlier, it also means that they are losing the chance to obtain further education. In some cases, children get married quickly because of sexual harassment or premarital pregnancy--a condition in which the parents need to marry their daughter early because the pregnancy outside the marriage is considered inappropriate and can cause damages to the fame of the families.

Another issue, which is not a contributing factor but a condition, is the regulation on marriageable age. Under Cambodian laws, the minimum age of marriage is 18 for girls and boys, but they can get married at the age of 16 years as long as there is parental or guardian consent. Moreover, in some communities, parents can change the birth certificates to adjust their children's ages to be legally eligible for marriage.

The negative impact of child marriage

Child marriage is a human right violation, and more specifically, is a violation of children rights, which is tantamount to an act of taking away the future of a child, the right to education, the right to marry with free and full consent, and the right to well-being and health. It, in the meantime, also puts children at risk of abuse, exploitation, and violence.

Statistically, according to the Global Synthesis Report of 15 countries of the Economic Impacts of Child Marriage in 2017 conducted by the World Bank in collaboration with other organizations, for the society as a whole, child marriage impacts significantly on higher fertility and population. For instance, a girl getting married before 13 has 26% more children than if she was married at 18 or later. Even a girl who gets married at the age of 17 would still have 17% more children than those getting married at 18 or later. Moreover, child marriage increases the risk of being a teenage mother, which elevated the under-five mortality risk by 3.5% and under-five stunting (underdeveloped) by 6.3%.

Child marriage also has a significant direct and indirect impact on intimate partner violence (IPV). Additionally, child marriage is also the key reason for children to drop out of school, mainly affecting secondary enrollment and completion.

What can we all do to address this child marriage problem?

The rate of child marriages will decline as long as we can alter the perception of the public and the parents towards the gender role and the impacts of child marriages. The behavior change is a long-term process, but it is a critical aspect to address the child marriage issue. These can be done through the campaign to raise awareness of the nature, causes, negative impacts of early marriages among the parents, and integrate information into the education curriculum. The Ministry of Women’s Affairs has already collaborated with other civil society groups, including UNICEF to raise awareness of child marriage. The ministry also included the issue in its policies including the Action Plan to Prevent and Respond to Violence Against Children 2017-2021 that recognizes child marriage as the violence against children with the inclusion of the plan for capacity building to prevent and identify child marriages.

Moreover, a more thorough and frequent evaluation of the aforementioned interventions can be conducted to determine the actual progress and impacts as it is critical to ensure that the goals set will be achieved.

Besides, the campaign aimed at promoting continued education is also one of the effective mechanisms to address child marriage. The Global synthesis research report has shown that the increase of education attainment is one of the best solutions to prevent child marriage.

The World Vision report, on the other hand, mentioned that when girls can enroll in schools, there is a 35% less chance for them to get married early. As many children tend to drop out of school due to financial hardship, it may be vital that the government and the private sectors can administer campaigns to raise public awareness on the importance of education while further providing scholarships for secondary and high school education.

Furthermore, cash transfer and incentives programs to the needed family to keep the children enrolled in school can also be one of the plausible solutions for the government to consider. For instance, the research by the Innovation for Poverty Organization illustrates that conditional incentives by providing cooling oils to the family can have a significant impact in reducing child marriage in Bangladesh. While it cannot be said to be equally effective in Cambodia given the different conditions, it is a viable option that requires more in-depth research study to assess the impact if being used in Cambodia.

Last but not least, young people also have a role to play to address this issue. In the digital age, no one should underestimate youths in mainstreaming some cause of actions. By amplifying the voice and encouraging more participation of the young people, it can draw the public attention and influence the decision-making process. And the provision of resources and ideas to resolve the issue will also be considered.

In conclusion, given the life-threatening impacts on children and society, it should be on the top of the agenda. Child marriage is a cross-cutting issue, which requires strong and effective coordination between various actors. Take actions so that your girls, daughters, and sisters are not vulnerable to whatever they should not be experiencing.