Toxic Masculinity and Its Impact on Gender Equality

Written by: Virak Kanhapich, a 3rd year student majoring in Global Affairs at The American University of Phnom Penh 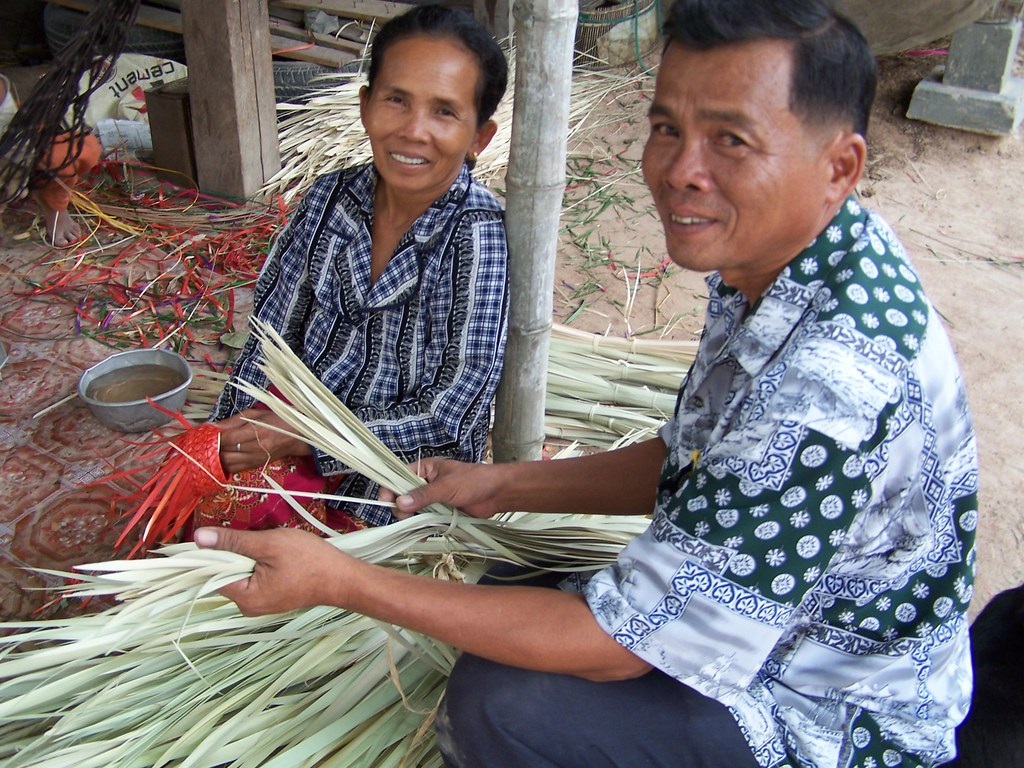 (Photo Credit: "Cambodia Women Entrepreneurship Programme" by ILO in Asia and the Pacific is licensed under CC BY-NC-ND 2.0)

When it comes to whether or not one is ready for marriage, men are oftentimes assessed on their ability to have a stable job, high income and assets, while women tend to be subjected to criteria such as cooking and housekeeping skills as well as their understanding of childcare. As a matter of fact, all of the above factors are not specific or bound to any specific gender, yet why do people still associate them with a specific gender and not the other? Despite the wrong perceptions which still exist in contemporary society, women are more than just white clothes. If men are gold, so are women. Traditional stereotyping jeopardizes all genders and its consequences lead to a patriarchal system that creates numerous issues. In everyday’s life, toxic masculinity can appear in a subtle way that you may fail to notice. It does not come with obvious displays of aggression or discrimination, and thus it is unknowlingly passed down on a daily basis.

So what is toxic masculinity and what are its traits? According to Cambridge Dictionary, masculinity refers to “characteristics that are traditionally thought to be typical or suitable for men”. Toxic masculinity is the society’s perception and cultural pressure towards manliness for how a man should or should not behave, thereby creating extreme pressure for men. In many ways, it glorifies unethical practices and further plays its part in creating gender inequality due to its nature. Owing to such pressure, it is often assumed that men must obtain powers and be respected while rejecting anything that is considered feminine or weak even if it is an ethical and responsible act. For instance, in everyday life, males are less likely to feed their child because it is seen to be feminine work and most men will be frowned upon if their wife has a higher income. There is nothing wrong with it, but because of the social and cultural pressure, it is viewed as unusual or wrong.

Research has shown that hegemonic masculinity includes being brave and strong physically, being the breadwinner, being dominant, and most importantly, never being “girly” or showing any form of weakness. In order to see how faulty this idea is, some questions should be taken into consideration. Why do males always have to be the breadwinner? Why must males be the one who always pays? Why do men have to be strong and muscular? We can see that there is no rational or concrete answer to these questions because there is no senseful answer to something that is nonsensical. When males are still being subjected to these stereotypes, women will also be subjected to other stereotypes for females because both genders are treated unequally. By believing that men should be strong and muscular, it sets a stereotype that women must be weak and petite. Women who are bigger in size or stronger in strength than men will be stigmatized and frowned upon for something that is completely acceptable for females. By believing that males have to be the breadwinner, it puts many girls’ education in jeopardy because society believes that women do not have to study or work hard because they will be supported by their spouses.

However, it is more than just pressure and stereotyping. It is one of the main causes of gender-based violence. Toxic masculinity made men believe that they should not be weak and therefore they tend to resort to aggression and violence to solve problems. In Cambodia, gendered norms and behaviours are attributed to codes of conduct such as Chbab Srey (rules for women) and Chbab Proh (rules for men). These rules set social expectations for men and women; however, Chbab Srey outlines strict rules for women, which cutails their rights as a human being and helps to perpetuate gender inequality in society.

Meanwhile, a study published by Partners for Prevention found that patriarchal hierarchies gave powers to men and in many cases, it can put women at further risk of violence. The patriarchal society system in Cambodia made violence common in so many households as men often felt some sort of entitlement and superiority. It is embodied in man that such actions are acceptable because they are the head of the family. Gender-based violence in Cambodia is a huge concern. In 2015, 21 percent of Cambodian women experienced physical and sexual violence according to a national survey commissioned by the Cambodian government and the United Nations. As a consequence of  the code of conduct that teaches women to respect males in all situations, most women victims stayed silent, fuelling the notion of toxic masculinity to continue in the society. A survey conducted by four United Nation agencies in 2013 showed that one in five of  the 2000 male reponsdents had attempted or committed violence against women. Many cases of violence went undocumented as they were  unreported or as some believed domestic violence is a normal within the household.

In short, power imbalance in gender can subsequently be internalized by the young generation as the blueprint of future society; henceforth, there is a need to put a stop to toxic masculinity and empower women to achieve gender equality. It is saddening that we live in a society where toxic masculinity is so ingrained that almost everybody experiences its effects at some point with or without knowing. Therefore, it is  necessary that everybody take actions and start noticing unconscious gender biases in order to speak up and obliterate the unnecessary and illogical stereotypes that are detrimental to all people regardless of their gender.