The Role of Youth in Shaping Cambodia’s Democracy 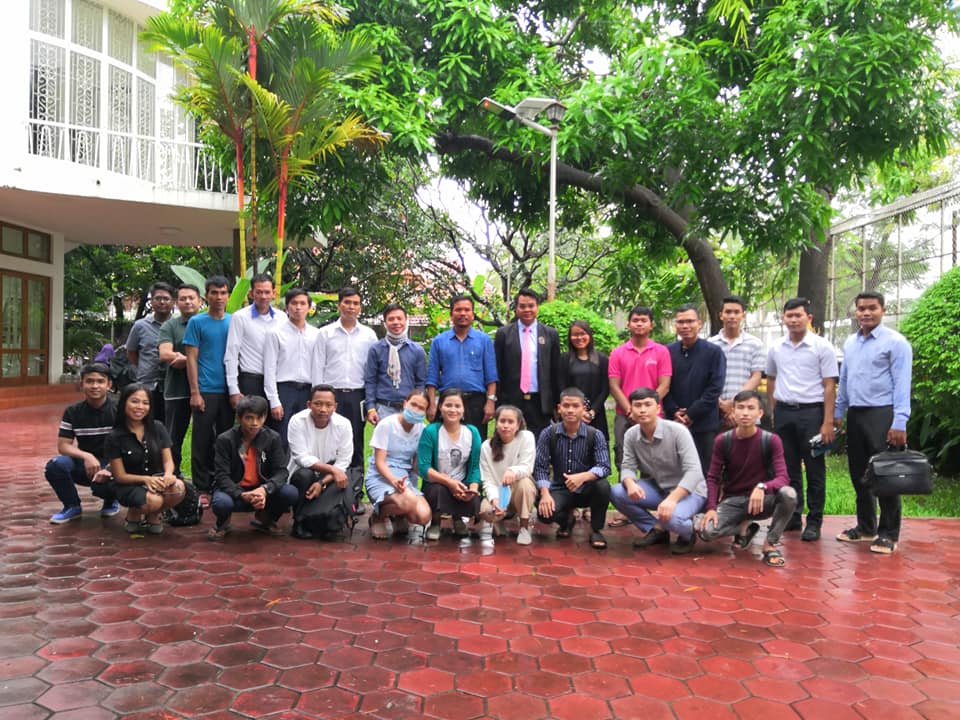 (Photo was taken on Saturday, 17th October 2020 at KAS Cambodia office after Politikoffee Forum on the topic: Current Cambodian Political Situation: Readiness for the Coming Elections.)

In 1993, a general election was held in Cambodia, following decades of civil wars and the atrocities of the Khmer Rouge regime. The election, sponsored by the United Nations, aimed to introduce democracy to Cambodia. After the seed of democracy has been planted, the development of democracy in this Southeast Asian country has not been smooth. A coup was staged in July 1997 by the Cambodian People’s Party (CPP) to topple the FUNCINPEC forces. Following the coup, the CPP has become a dominant party controlling Cambodian politics since 1998. The CPP’s political dominance changed in 2013 when a newly formed opposition party, the Cambodia National Rescue Party, gained considerable support from the voters, winning 55 out of 123 seats. Following the election, the CNRP became a major threat to the CPP in subsequent elections. However, the CNRP was later accused of plotting to topple the government and was dissolved by the Cambodian Supreme Court in 2017. Its senior officials were banned from politics. As a result, the 2018 general election was held without the CNRP as a major opposition party, allowing the CPP to win all the 125 parliamentary seats.

From this brief account, we can see that democracy in Cambodia has been debilitated, making its future fragile and uncertain. This is not to mention the ongoing arrests and oppression on environmental activists, human rights defenders, and former CNRP activities. Democracy in Cambodia, therefore, faces great challenges, and according to some analysts, it seems to go backward instead of moving forward.

After the general election in 2018, Cambodia has been edging toward authoritarianism and dictatorship. According to a report by the Economist Intelligence Unit, in 2020 Cambodia’s democracy was ranked 130 out of 167 countries in the world. Cambodia also gained just only 3.10 out of a full score of 10, placing it in the category of authoritarian regimes.

There are many factors that contribute to this ranking. We can look at the essential components of democracy such as human rights, media freedom, free and fair elections, rule of law, checks and balances, transparency, and accountability. These principles have, to some extent, been abused by the government. A series of laws such as union law, state of emergency law, public order law, and internet gateway law have been passed or proposed, potentially putting more restrictions on NGOs, citizens, and the media. This discourages people from getting involved in any political activities or movements to voice their concerns on issues that have not been sufficiently addressed by the government.

Power conflict is another major constraint and threat for Cambodian democracy. The country’s democratic institutions have not been fabricated effectively even though Cambodia has adopted core democratic values. Power competition and deep political mistrust are pervasive among the ruling and the opposing political camps, making it virtually impossible for the country to move its democracy forward.

The Role of Citizens in a Democracy

In a democratic state, the government is not the only player responsible for keeping democracy on track. The citizen plays an extremely significant role, too. In this regard, civic engagement in politics is vital. People need to participate in politics and become politically literate. When the people understand what democracy is and take part in promoting the principles of democracy, it is likely that they will get the kind of democracy they desire.

Moreover, when people long for democracy but do not understand the normative minimum requirements of democracy, problems will automatically arise. For example, people mostly enjoy the idea of democracy. However, they sometimes do things which are against the democratic principles. They are afraid of giving an interview or report to journalists regarding political and social issues because of fear of insecurity. They commit corruption by bribing officials, thinking that it is not corruption. They ignore political and social affairs and let one person or a group to decide everything for them and their country. They simply do not care about what their government is doing and which direction their country is heading. These behaviors need to change and all citizens need to increase their civic engagement and actively participate in holding the government accountable of their actions.

Cambodian Youth Are the Future

In order to move democracy forward, Cambodian youth who are the future of Cambodia have a pivotal role to play. As estimated by the United Nations, over two-third of Cambodia's population are youth who do not go through the horror of the Khmer Rouge. They are less likely to be influenced by the ruling party’s recurring rhetoric of war and peace, especially in the lead up to general elections. Therefore, more opportunities for youth to strengthen their capabilities should be created. Donors and the international community should increase their support for local NGOs that have youth-focused programs to promote youth education and empowerment so that they can become change agents who can positively contribute to civic, political, social and human rights.

Moreover, as Cambodian youth, we need to have conscientiousness and understand that we are the backbone of the nation. We cannot just wait for others to push or help us, but we need to have a sense of responsibility and growth. We must strengthen our capacity and constantly push ourselves to contribute to making positive changes in our society. We cannot make changes unless we are knowledgeable, capable, forward looking, and hardworking.

The Need to Reinvent a New Political Culture

No doubt, there is a need to reinvent a new political culture in Cambodia. Cambodian politics has long been driven by power conflict and zero-sum game competition among the politicians, causing prolonged civil wars, instability, turmoil, and chaos. This political culture must end. Politicians need to prioritize national interests, not self-interests. The current political culture has not been beneficial; it makes the nation divided, creating uncertainty to the current state of peace and development. Thus, it is crucial that politicians give up this political culture and embark on building social cohesion and unity. This is the prerequisite for this nation to rise up again.

In sum, Cambodian people, especially youth and politicians, need to know that politics is not a job or game that we all come to play just for fun or self-interest. Politics is a place where we engage to serve the public interest, the people, and the country. We must stop thinking that politics is the rice cooker for us to earn our own interests. Therefore, in a political game, if we do not have the real will to play to serve the nation, it is better not to play because the whole nation’s destiny relies on our decisions as politicians. If we are determined to play this political game in a democratic society, we must abide by the rules and principles of democracy to avoid leaving a bad reputation for the future generation to despise.