All Hands on Deck: Youths and the Government’s Role in Building and Sustaining a Democratic Society

Writer: Keo Priyanith, a fresh graduate with a Bachelor's degree in Political Science and International Relations from Paragon International University

Editor: Heng Kimkong, a Visiting Senior Research Fellow at Cambodia Development Center and a PhD Candidate in Education at The University of Queensland, Australia 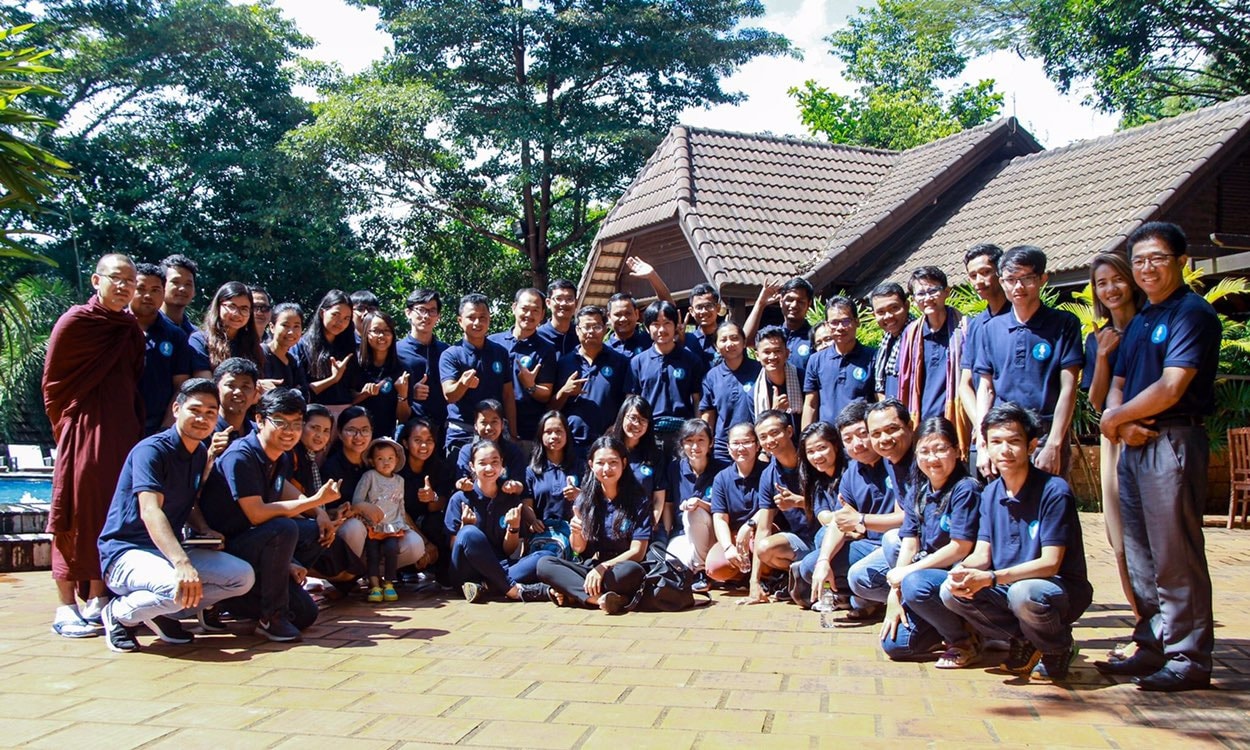 As a young Cambodian who graduated with an International Relations degree, I have discussed, at length with my peers, the domino theory, the creation of supranational institutions and a myriad of other recent global events. However, I can’t recall a time when we sat down to debate who should be on our local commune council or pored over the budgetary spending of our own state government. Perhaps this experience is limited to only me and my circle, but nevertheless, my hypothesis is that there currently appears to be a huge imbalance amongst Cambodian youth regarding their knowledge of domestic and foreign affairs.

In recent years, there is a trend where young Cambodians tend to flock to international affairs and to direct their attention to writing about policies of foreign lands such as those of Kabul, Pyongyang and Washington DC rather than turning a critical eye to their own country's policies and s internal state of affairs. What has caused this trend and what impact could this negligence have on Cambodia’s democracy and political space?

A possible answer could be the lack of a stimulating, concrete and robust civic education curriculum. Many studies have highlighted the importance of civic education and the role it plays in shaping a country’s democracy. But what is civic education? According to the Stanford Encyclopedia of Philosophy, civic education refers to processes that “affect people’s beliefs, commitments, capabilities, and actions as members or prospective members of communities”. As the Center for Civic Education puts it, “Democratic self-government means that citizens are actively involved in their own governance; they do not just passively accept the dictums of others or acquiesce to the demands of others.”

A politically literate population can act as the vanguard in strengthening a country’s democracy by making the government more  accountable and transparent. The population may also become  more active in discussing issues in their communities and in the country as a whole. Aptly put, if we do not know about our surroundings, how will we care about what is happening around us?

Participatory budgeting, a democratic process in which community members decide how to spend part of a public budget,  perfectly represents this argument. Members of a community work together with civil society and elected officials for the betterment of their community while also restoring trust in the government and empowering citizens by “giving them real power over real money.”

It is powerful to see Cambodians rally for a cause that speaks to their moral principles. This illustrates the idea that when we start educating ourselves, we are empowering ourselves and our communities. Take the case of the military takeover in Myanmar. Many Cambodians, even those who stray from commenting on international affairs, are drawn to it and feel compelled to use social media to voice their frustration, fear and disgust of the actions of the military government. Some spectators lamented the lack of concrete action by ASEAN and other powers to take the necessary steps to stop the bloodshed.

However, the above thesis can only be accomplished when there is willingness from the political establishment to allow more space for political discussions. A rhetoric shared by some in the Cambodian political sphere is that young people do not need to concern themselves on political matters, and they would be better off by simply focusing on schoolwork and extracurricular activities. This rhetoric could explain why there is a disinterest from Cambodian youth to learn about their own country’s domestic affairs. Another possible cause is fear of negative repercussions from state authorities for acts of social media activism. This fear is not unaccounted for, For example, according to a recent VOD article, “more than 40 people [were] arrested for spreading alleged “fake news” about Covid-19 online, and in May three people were even briefly detained in relation to posting criticism about new traffic fines.” Assuming that people care and want to get involved, most are likely deterred from doing so because of the negative consequences they would face.

In short, while standing up for others is a noble act, we must not be dismissive of events that are happening in our own backyard. Cambodians, especially youth, should take heed of where their ignorance lays when it comes to national issues. They should be proactive in seeking information and supporting any cause that contributes to the common good. Similarly, state authorities should actively engage and utilize citizens’ contributions in order to truly be a government that works for the people. We as Cambodians can all do better by educating ourselves on a myriad of social and political processes that govern our lives.