For Gender Equality: Misogyny Must Be Stopped

Written by: Tea Sovanmony, a 3rd year student majoring in Global Affairs at The American University of Phnom Penh 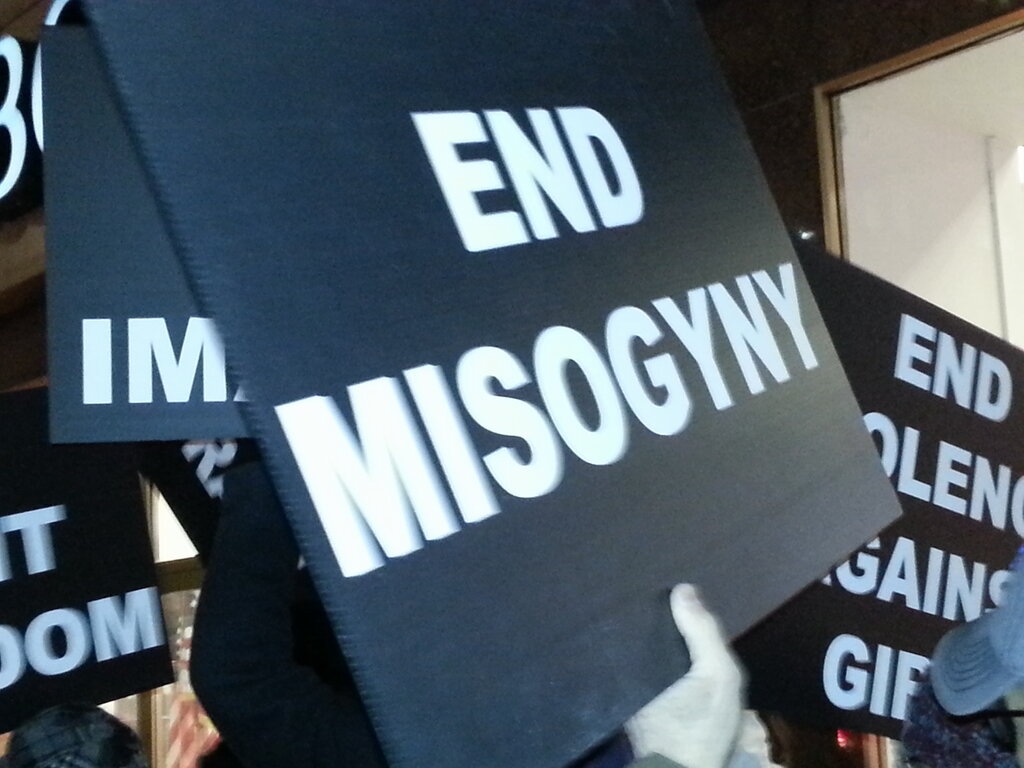 Women’s status has been regulated and controlled by the concept of misogyny which refers to expressions of dislike and mistrust on women, further entrenching prejudice against women. Through misogyny underpinned by the concept of gender norms, the inequality between men and women is subtly integrated into social norms, which is a serious issue. Misogyny is common and can be seen in various platforms such as on social media and in music. The status of women has also been controlled and subjected to linguistic behaviors. Thus, it is important to stop the use of sexist language and misogyny toward women in order to achieve gender equality and put an end to the societal norms that discriminate against women.

The concept of misogyny can be illustrated through discriminatory language such as sexist derogatory slurs. Sexist derogatory slurs are terms that describe the use of bully words to depreciate women in the male dominant society. For instance, women have been the victim of misogyny on social media and bullying in their workplace or school. Some people tend to use sexist derogatory slurs like bitch, slut, or whore to describe women. These words may seem harmless, but they are very offensive toward women. They humiliate women in a way that compares them to objects or people of lowly status. The word “bitch” is objectifying women toward female dogs who are annoying and aggressive. Therefore, these negative terms can harmfully affect women’s status and devalue their important role in society.

Misogyny and sexist derogatory slurs are common in hip-hop music. In the hip-hop society, rappers tend to use sexist slurs like bitch, whore or hoe to add the coolness to their music. For example, in one album consisting of 15 songs, words such as pussy, bitch and hoe were used numerous times to depict women. The use of sexual objectification in hip hop music oppresses women under the perception of sexual use and sexism in society. Sexual objectification is the idea that subjects women to sexual pleasure and treat them as a type of commodity. This is an unfair perception that disregards women’s personality or inner beauty. In the workplace, this type of unjust perception is being used to evaluate women’s status and credibility, which eventually creates inequality between men and women as well as considers men to be better in every perspective of life.

In some cases, women have been misjudged by their monthly menstruation that is linked to their sensitivity at work. It discourages them from moving to a higher position or taking up higher responsibilities. This further contributes to the lack of women’s role models who work in higher positions in society. Therefore, misogyny frames and stereotypes women, making them appear inferior to men all the time. In the process, women are stereotyped to be housekeepers, caregivers, and objects of men’s discussion in both offline and online communities.

Thus, in order to promote gender equality, the concept of societal misogyny must be eliminated. It is unfair to label women through the presence of misogyny and portray them negatively. Women should also not be subject to song lyrics that use misogynistic language to sound cool. There is a need to promote public awareness of the use of gender-sensitive language in public communication. There should be a collective action to stop the use of sexist language in Khmer music as well. We need to also encourage and support women so they can step up and raise their voice whenever they become a victim of misogyny or sexism at schools, universities or workplaces.

Feminist responses to misogynisitic speech and behaviors such as “That wasn’t funny,” or “Actually, that’s an outdated stereotype” may also help. Moreover, as misogyny is now more prevalent online, social media giants such as Facebook, Twitter, or Instagram should put stricter restrictions on posts or comments that suggest misogyny or discrimation against women.

Overall, the concept of misogyny unfairly gives the power of control to men, making them superior to women in most contexts.  Hence, we all need to work together to stop misogynistic speech and behaviors. We should use language in a gender-sensitive way to avoid discriminating against women. We also need to empower them through our encouraging and inclusive words. When misogyny appears  in the workplace, on social media platforms, and in music, it perpetuates gender discrimination that tends to always stereotype women as incapable or unworthy.

To promote gender equality,  respect, value and equal opportunities need to be given to women to encourage and empower them. We need to support women to build their confidence and see their self worth. When women are empowered, not discriminated against, they will be able to contribute more to the development of our society.   Thus, misogyny should be discouraged and stopped. We all need to enhance  women’s social status and show more appreciation to them.