One Crow to 10 Crows in Cambodian Politics 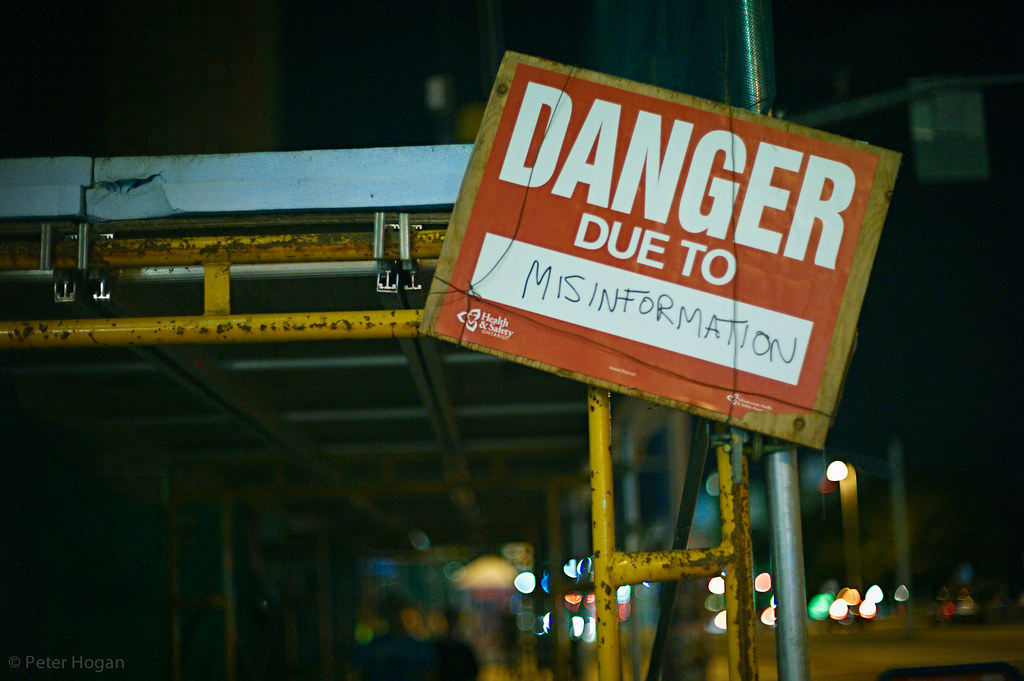 (Photo Credit: "Misinformation" by 3dpete is licensed under CC BY-ND 2.0)

Cambodian people may be familiar with a Cambodian proverb of “One Crow to 10 Crows” or ក្អែកមួយទៅជា​ក្អែកដប់ in Khmer. This popular phrase or slogan means that news or information from unconfirmed sources is being gossiped or spreaded from one person to 10 people and more very quickly. In fact, this slogan has reflected real life practices in many aspects. In this short article, I will explain how the “One Crow to 10 Crows'' slogan is manifested in Cambodian politics.

In the Cambodian context, the number of fake news articles has increased every day, while trusted news about politics is still limited or not yet placed under effective control. Mostly, fake news that comes from unknown or unreliable sources spreads across the country quickly through social media platforms, especially Facebook. This creates social anxiety and fear among many Cambodians. Some news is not true or does not come from reliable sources. It is simply misinformation that spreads quickly, just like one crow becomes 10 crows in a matter of seconds. As many Cambodian people still have a low level of political literacy, they are more likely to fall victim to those fake news.

In general, many Cambodian people tend to consider themselves as scholars or behave as experts even though they know nothing about what the fact or background to the story really is. Even worse, they still continue to share news, regardless of its sources, to convince other people such as their neighbors, family members, and the community to believe in what they share on Facebook or through other means. As many people do this, one piece of fake news will keep growing and spreading to become a popular news on social media platforms. As a result, fake news becomes a trend in social media and a source of discussion among Cambodians, both online and offline. This phenomenon affects the course of politics in Cambodia, and it is difficult to establish a common understanding between the government and the people, mainly because of misunderstanding and miscommunication resulting from the spread of fake news. Sometimes people just point fingers at each other, creating conflict and chaos both on social media platforms and in society.

Following the COVID-19 outbreak, Cambodia has faced a series of fake news outbreaks on social media platforms. Some media outlets are exploiting the opportunity to make money from online business by writing and sharing some articles based on their opinions rather than the actual facts. Noticeably, some of those media outlets try to pick up or write any stories that can attract the attention of many people. They do not care whether the stories are true or not. Some even share something to provoke hatred toward the government or to trigger disagreements and animosity among people or between the government and the citizens.

Within this context, some people have criticized the government’s actions and decisions by arguing that new policies or laws are designed to restrict people’s rights and to benefit the elite group and those in power. For instance, when the state of emergency law was proposed and later passed, there was a lot of criticism. Some stated that the law was the tool for the government to control people’s rights, especially when the government needs it, to transform the political development in the country, and to influence social behaviors.

All of these suggest that political news in Cambodia is being blurred or exploited and has suffered from fake news. Thus, I believe that Cambodian people should not take social media like Facebook or other online platforms as the primary source to believe and analyze any emerging issues. Instead, they should think critically before sharing any news that they see on social media or hear from other people to avoid sharing fake news and getting into the situation of “One Crow to 10Crows”.

Sharing news without critically evaluating its sources may bring about chaos in the country.