Why Are There Few Cambodian Women in Diplomatic Careers?

Edited by: Heng Kimkong, a Visiting Senior Research Fellow at Cambodia Development Center and a Ph.D. Candidate in Education at The University of Queensland, Australia. 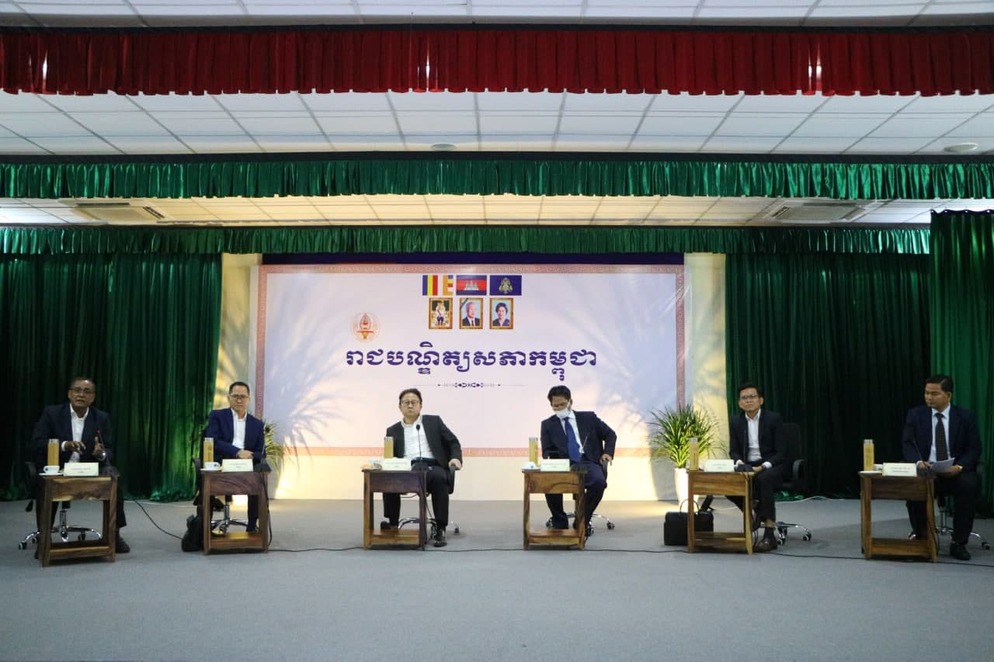 The fight for gender equality and equal employment opportunities has been around for decades as most careers were traditionally dominated by men. The fight is bound to get even more vigorous now and in the future. The importance of having an inclusive society where everyone has equal opportunities regardless of their gender, race or sexual orientation cannot be overstated. Despite ongoing efforts by the governments and non-governmental organizations (NGOs), women are still underrepresented in many professions in Cambodia as is the case in many other countries. In the realm of international relations,  a career as a diplomat has always been considered to be one of the most prestigious and important professions. Although female representation in careers in international affairs serves as the public face of any given country in terms of gender representation and empowerment, the number of female diplomats representing Cambodia abroad is still low.

At present, based on the data from the Cambodian Ministry of Foreign Affairs and International Cooperation (MoFA), there are only two female consul generals out of a total of 12 consul generals appointed to represent Cambodia overseas. The Royal Government of Cambodia attributes this low female representation to prevailing cultural and social norms that make it difficult for women to leave their home and accept an overseas posting. However, there are three main reasons that can explain the underrepresentation of female diplomats engaging in international affairs and diplomatic positions abroad.

First, it is the issue of gender bias that may have contributed to the limited number of women working in international affairs in Cambodia because those positions have been subjugated by men. Thus, it is understandable that overseas diplomatic positions have also been dominated by men. Although the percentage of women representatives has significantly increased since Cambodia began to rebuild itself in the 1990s, women still hold less than 20% of positions in politics. In this context, among 31 Cambodian ambassadors who represent the Royal Embassies of Cambodia abroad, there are only four (0.13%) female ambassadors, according to a report from the Ministry of Foreign Affairs and International Cooperation. Furthermore, women's underrepresentation in the diplomatic field can also be influenced by social norms and beliefs which stereotype women as lacking knowledge and skills to perform well diplomatically and internationally. Society also continues to doubt the ability and capacity of women in leadership positions that involve direct dealing with other nations or other nationals. Although the world is moving toward gender equality and putting more effort into empowering women in all sectors, skepticism toward women’s capability remains a critical issue. Many still question whether or not women can be equally as effective and efficient as men.

Second, it is related to individual factors as women have to encounter difficulties in navigating the demands of their family life and career. There is an extra burden for women to ensure that their career aspirations would not have a negative effect on their families. In Cambodia, women tend to have more family responsibilities. They need to look after the children and do a lot of housework. Therefore, paid employment could jeopardize their commitment to their domestic and maternal responsibilities. Moreover, they are constrained by social, cultural, and traditional norms. For example, a popular traditional code of conduct for women, called “Chbab Srey”,  lays out the ways in which a Cambodian woman should behave to be recognized as a good or perfect woman. This code of conduct and other explicit and implicit social norms have caused countless consequences on women’s well-being and their basic and fundamental rights as a person. They have been struggling to enjoy their freedom of choice, movement and expression throughout their lives. These social and cultural constraints have occurred and are contemplated as barriers preventing women from striving for their role in diplomatic positions and other careers. Traditionally, parents have always discouraged their female children to work far from home, let alone working abroad.  There are feelings of anxiety and doubt about their safety and survival because of the widely held belief that women are weak and fragile. This thinking may have somehow influenced how women nowadays aspire to involve themselves in male-dominated careers.

Third, gender disparagement is considered as another major problem that undermines women’s confidence and authority in their careers. Gender disparagement includes issues concerning verbal acts that tend to discredit and degrade women’s gender and their status. It is the demeaning comments about women and statements about women’s dress or appearance that make them lose their confidence to pursue their dream career and professional stature. It also involves repeated interruptions toward women while they are speaking. These interrupting verbal acts have lowered women’s esteem or standing. They could serve as challenges that discourage women from engaging in careers in diplomacy. Furthermore, within the male-dominated professions in the diplomatic sector, some women could also find themselves losing their confidence in voicing their opinions and ideas.

To conclude, in the light of women’s participation in policymaking, women still remain underrepresented in the foreign and diplomatic services. We can see that women are generally being barred from involvement in the realm of international relations for many reasons, ranging from the ongoing gender bias, traditional and cultural norms, and gender disparagement. Although there have been efforts to encourage and promote gender equality, available evidence still depicts the limited representation of women in politics and diplomatic careers. Thus, more efforts are needed to support and empower Cambodian women so that they can fully participate in making decisions within the realm of international affairs.