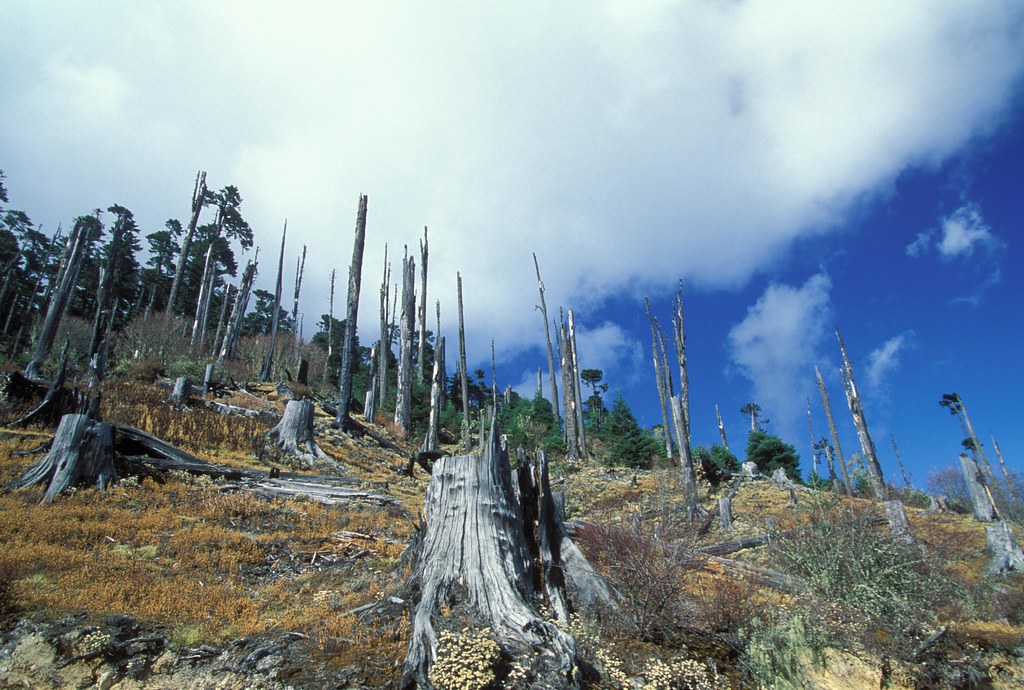 The 32nd President of the United States, Franklin D. Roosevelt once said, “A nation that destroys its soils destroys itself. Forests are the lungs of our land, purifying the air and giving fresh strength to our people.” What do you think about his statement?

Literally, forests are indeed key to every life on earth, but what human beings have been doing over the past decades appears to be going in the wrong direction. As can be seen, many countries around the world, including Cambodia, have been continuing to cut down trees for the sake of meeting their economic demands.

As a least developed country, Cambodia had been previously thought to be covered with large swaths of woodland and the home to a variety of animal and plant species. However, threatened by forest degradation, the country's forest cover decreased from 73% in 1993 to between 55% to 60% in 2015. In 2016, Cambodia just had 9.4 million hectares of forest cover, which accounted for 54% of the total land area of 18.1 million hectares. Surprisingly, the number continued to decline to 46.84% in 2018.

The factors contributing to forest degradation

It appears that much of the forest area loss is due to the economic land concession, which is a part of the government's economic development policy. Economic land concession, by legal definition, is a long-term contract that allows concessionaires to clear land to develop industrial-scale agriculture, including large-scale plantations, construction of factories to process agricultural products, and livestock farming. The government also provided more than 270,000 hectares of protected forests to private companies in 2012 alone through the policy. It considers that this policy is an effective way to enhance economic development, which encourages job creation and revenue generation. Moreover, the ongoing illegal logging has also raised a grave concern as it keeps on devastating the forests. According to a report commissioned by the University of Maryland and Global Forest Watch, Prey Land lost up to 7,511 hectares of forest cover in 2019, up by 73 percent compared to the previous year due to widespread forest clearing. Prey Lang is the last significant lowland rain forest on the Southeast Asian mainland. The forest is located in the northern part of Cambodia, west of the Mekong River, and covers approximately 5000 square kilometers. It is home to various endangered animal and plant species and up to 250,000 people--many of them are indigenous Kouy people. Additionally, a report from the UK Environmental Investigation Agency (EIA) alleged that systemic bribery in Cambodia and Vietnam allowed illegal timer trafficking across borders. Its investigation report also discovered 300,000 cubic meters of wood harvested between November 2016 and March 2017--of which included expensive and rare rosewood--had been smuggled out of Cambodia with the help of Cambodia and Vietnamese officials, who reportedly had obtained up to $13 million in bribes.

The negative impacts of deforestation

According to the United States Agency for International Development (USAID), nearly 80% of Cambodians live in rural areas, with 65% relying on agriculture, fisheries, and forestry for a living. As a result, their livelihoods and well-being are heavily reliant on forest resources. And deforestation, of course, threatens to deprive their decent income, food, and materials for shelter and fuel. Forests are critical because it saturates and controls water flows and mitigates the detrimental impacts of climate change. Due to the ongoing deforestation, Cambodia has suffered more frequent and more severe droughts, and the worst one in 50 years took place in 2016, affecting nearly every province across the country. Thousands of people in vulnerable communities have been seeking lean water sources, and many poor farmers have also lost their crops and livestock.

On the other hand, soil erosion and coastal flooding are also two other consequences of deforestation on a large scale. The soil erodes and gets washed away without trees, forcing farmers to change the place and continue the cycle. The disappearance of rainforest will also put animal and plant populations at a greater risk as the forest provides them with protection. Furthermore, the absence of trees could lead to a dramatic increase in greenhouse gas emissions. Healthy forests capture carbon dioxide (CO2) from the atmosphere and can serve as carbon sinks. Deforested areas lose this capacity, releasing more carbon dioxide into the atmosphere. Cambodia’s forests could store over 2.71 gigatons of carbon, approximately equal to the annual emissions of 2,200 coal-fired power plants in the United States.

What can we do to address deforestation?

Currently, the government already had a well-defined strategy for managing and conserving natural resources and biodiversity. Furthermore, the forestry law also provides a structure for management, harvesting, use, development and preservation of the forest while imposing harsher punishments against any offenders. Yet, more actions are still needed to tackle deforestation.

Firstly, I think the actions should include providing accurate information and taking timely intervention against the wrongdoers due to the fact that the police and local authority often arrive late when cracking down on illegal logging activities in the protected area. This condition allows impunity, which perpetrators can escape safely.

Secondly, there needs to be more accountability and transparency in the government's actions as they are essential in protecting the forests. In the meantime, the government should enable the non-governmental organizations (NGOs) to participate and cooperate with the authorities through joint forest patrols as the same as other forest protection works. It also should be active in providing sufficient information on forest protection to the citizens. Doing so will contribute to the promotion of public awareness in which people can understand and keep track of the forest protection work in the country.

Last but not least, our government has the responsibility to strengthen the rule of law by taking prompt action to investigate any alleged forest crimes as well as any irregularities or misconducts among its officials since there have been accusations raised by local and international non-governmental organizations, and other environmental networks. By mentioning legal action, for the sake of deterring wrongdoers, the government can strictly maintain severe penalties as the past experiences tell us that even those being aware of the laws continue to commit crimes.

*This blog is produced with the financial support from the European Union and The Swedish International Development Cooperation Agency through Transparency International Cambodia and ActionAid Cambodia. Its contents do not reflect the views of any donors