Together We Can Protect Our Freedom of Assembly

Written by: Chea Sameang, a graduate with a Bachelor's degree in International Relations from Paññāsāstra University of Cambodia 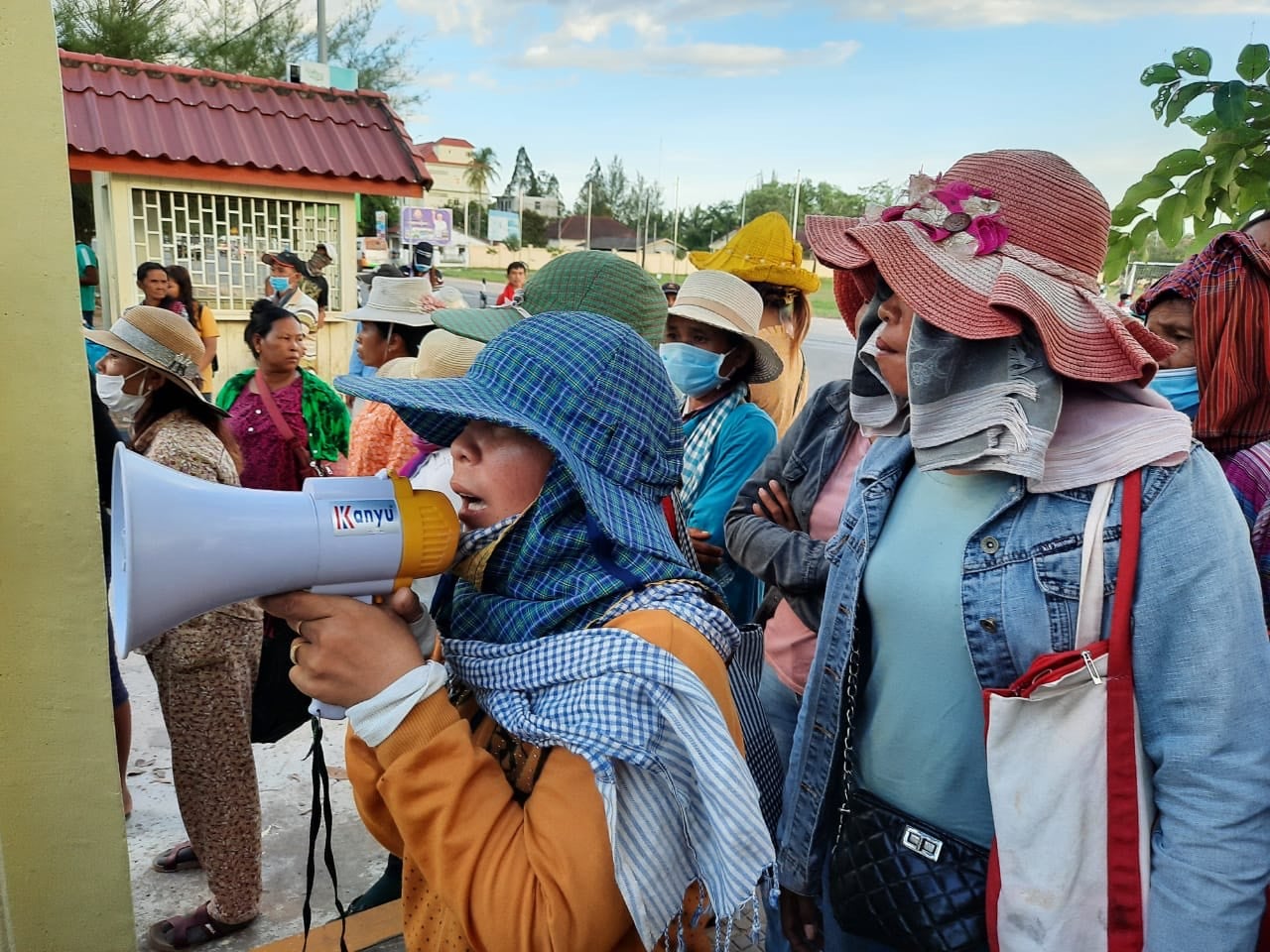 Behind a country that always claims to adhere to democratic principles and respect human rights, violence is common and human rights restrictions seem to increase. Many activists have been attacked, assaulted, harassed, and banned by the authorities even though they gathered in peaceful assemblies​ to demand justice and the release of their spouses, family members, and other activists. Some of them have been accused of incitement and plotting against the government, resulting in their intimidation or arrest.

Although freedom of peaceful assembly is protected by the international human rights law and the Cambodian law, it seems to be ignored by the Cambodian authorities which claim that there are no “prisoners of conscience” in Cambodia.

Since 2017 when the Cambodia National Rescue Party (CNRP) was dissolved as it was accused of plotting to topple the government, more than 130 people have been charged with plotting and incitement crimes, many of which were linked to the failed attempted return of exiled opposition leader Sam Rainsy in 2019.

There have been many protests in front of the Phnom Penh Municipal Court, Office of the High Commissioner for Human Rights (OHCHR), and other places to call out the authorities to release those activists who are considered to be prisoners of conscience.

The arrest of Rong Chhun, a trade unionist, and political activist, on July 31, 2020, was an interesting case. He was charged with incitement that could lead to social unrest after he talked about the border demarcation issue between Cambodia and Vietnam.

After his arrest, there has been a peaceful assembly in front of the Phnom Penh Municipal Court and other locations led by family members of detained political activists and women activists, called Friday Women of Cambodia, to seek the release of Rong Chhun and other jailed activists.

As reported in local news outlets, many peaceful protestors were arrested due to their gathering and protest. For example, activist Chhoeun Daravy was arrested on August 13, 2020. She was beaten and dragged by her hair when she was taking part in a peaceful demonstration calling for Rong Chhun’s release. Other activists such as Khmer Thavrak and Eng Malai (also known as So Metta) were also arrested one day after attending a non-violent protest to demand justice for Rong Chhun.

Since 2017, the crackdown on the opposition and activists has increased. The use of force and violence appears to become prevalent as they are often applied as a tool by the authorities to restrict and threaten the protestors to stop them from gathering or protesting.

Based on a report by the U.S Department of States, called 2020 Country Reports on Human Rights Practices: Cambodia, only 40 percent of the respondents in a survey said they felt free to assemble peacefully, compared with 65 percent in 2016. This is due to the increasing restrictions by the government, making them feel less secure and afraid of being arrested if they participate in a protest.

Thus, it seems that the Cambodian government is targeting activists in order to threaten them or make them feel tired or scared of protesting rather than support and provide them with the opportunity and freedom to exercise their rights.

Prum Chantha, the wife of jailed opposition activist told VOD English that she and other women protestors were disbanded by security guards and they were also pushed by the security into a flowerbed in front of the Office of the High Commissioner for Human Rights during a gathering to seek intervention from the Human Rights Commissioner to release their husbands and families.

Ouk Chanthy, the wife of a CNRP member, told Radio Free Asia that during her protest to seek the release of her husband, she has suffered both mentally and physically after being violently dispersed by the authorities.

These few cases show the difficulties and challenges these Cambodian women face as they try to exercise their rights to freedom of peaceful assembly to call for the release of their husbands and family members. The increasing restrictions by the authorities have made their lives even more difficult.

Together we can protect our freedom of assembly

According to the Guidelines on Freedom of Peaceful Assembly, freedom of assembly is defined as “the intentional and temporary presence of a number of individuals in a public place for a common expressive purpose”. However, based on Article 4 of the Cambodian law on peaceful assembly, the term refers to “a gathering or a march conducted by a group of people to publicly demand, protest, or express their sentiments, opinions or will by using various forms or means peacefully”.

As declared in Article 20 of the Universal Declaration of Human Rights, Article 41 in the Cambodian Constitution, and Article 21 in International Covenant on Civil and Political Rights, everyone has the right to freedom of peaceful assembly and it shall be recognized.  No restriction may be placed on the exercise of this right.

Thus, as freedom of assembly is enshrined by the Cambodian Constitution and international laws, it should be protected and supported by all stakeholders such as government bodies, NGOs, INGOs, and development partners.

The following are three suggestions to remedy the situation in order to give more spaces for the activists and protestors to exercise their freedom to peaceful assembly.

First, the government should not overuse the criminal code to accuse, arrest, or label protestors but it must re-examine its broad over-use of Article 495 of incitement charges and other criminal codes over those activists. In accordance with its international and domestic legal obligations, the Cambodian government must protect those protestors' rights to appeal and release them from jail to meet their families in suitable times and protect those protestors during their protest rather than apply the use of force or legal measures to silence them.

Second, INGOs and NGOs must take more proactive resolutions to discuss and negotiate with the government to seek fruitful resolutions rather than put more barriers to the government in the situation where the government is under increasing pressure from the international community. Moreover, INGOs and NGOs can work together to create more activities such as #Campaign to Stop Violence on Women Assemblies to support those activists who have been arrested to make them feel that civil society organizations are not leaving them behind.

Thirdly, everyone on social media plays a crucial role as well. They are one of the most important actors who can share ideas, recommendations, and suggestions through Facebook, Twitter, and other social media platforms to raise awareness in constructive and peaceful ways to support environmental activists and human rights defenders. Moreover, they can also write their op-ed articles and send them to some news outlets which can publish their ideas rather than keep silent and let politicians shut their mouths.

Nobody wants to protest if they are living in happiness and harmony. They stage a protest because they experience injustice. Thus, if the government genuinely wants to promote and improve the environment for the fundamental freedom of human rights in Cambodia, especially the freedom of peaceful assembly, it should not practice a rule by law approach, but instead apply the rule of law approach. To have an inclusive and just society where people can fully enjoy their fundamental human rights, the restrictions and arbitrary arrests of protestors and activists must end. Individual citizens also have a crucial role to play. Each of us has to make our voices heard if we consider freedom of assembly as an indispensable part of our fundamental rights that we cannot live without. Together we can push for positive change, and together we can protect our freedom of assembly and other fundamental rights.